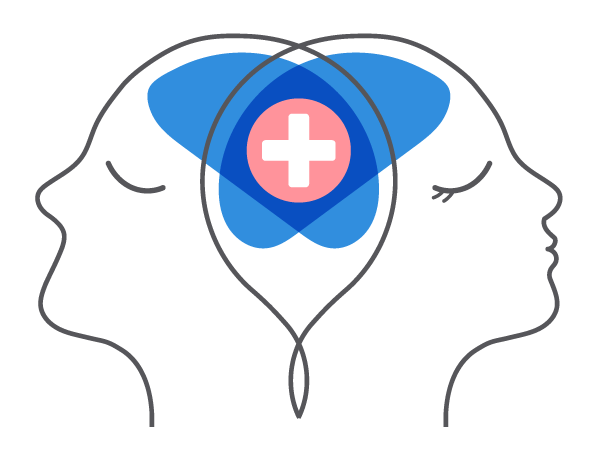 WHAT IS BIPOLAR DISORDER?

Bipolar disorder, also known as manic-depressive illness, is a brain disorder that causes extreme changes in mood, energy and the ability to function. The mood usually swings from ecstatic, irritable and/or aggressive (manic) to sad and hope-less (depression). Periods of fairly normal mood can be experienced between cycles.

People with bipolar disorder type I have had at least one manic episode and periods of major depression. This was also called manic depression in the past.

People with bipolar disorder II have never had full mania. They experience hypomania (a mild form of mania) and major depressive episodes.

In cyclothymia there are, for a period of at least two years, hypomania and mild depression, which are never severe enough to be classified as a full manic and depressive disorder.

The exact cause of bipolar disorder is unknown, but it may be a combination of biochemical, genetic and psychological factors. Approximately 50% of patients with bipolar disorder have at least one parent with a mood disorder. The following may trigger a manic episode:

WHO GETS BIPOLAR DISORDER?

Men and women are affected equally. It usually starts between ages 15-25.

SYMPTOMS OF A MANIC EPISODE INCLUDE:

SYMPTOMS OF A DEPRESSIVE EPISODE INCLUDE:

Diagnosis of this disorder can be tricky and medication should be monitored closely by a psychiatrist. Medication is used to stabilize the extreme mood swings of mania and depression.

Mood-stabilizers provide relief or prevent acute episodes of depression or mania. Anti-depressants treat the symptoms of depression. Anti-psychotics treat psychotic symptoms such as delusions or hallucinations. Long-term treatment is important as maintenance treatment between episodes reduces the severity and frequency of depression and mania.

Bipolar medications are powerful drugs. For this reason, medication should not be stopped without a doctor’s supervision.

WHEN TO CALL THE DOCTOR

Over and above the normal consultations, call the doctor when you experience the following:

The vast majority of people with bipolar disorder respond well to treatment. The first step is to discuss your symptoms with an experienced professional, like your family practitioner.