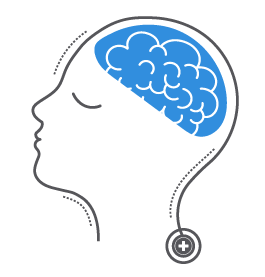 It is natural to feel sad or down at times. This is a normal part of everyday life, but when someone experiences sad or negative feelings that interfere with normal functioning and that last for at least two weeks, they could be suffering from depression. The first sign of depression is often a change in the person’s usual behaviour.

COMMON SYMPTOMS OF DEPRESSION INCLUDE:

It is important to note that different people experience depression differently (e.g. children may display unusual behavioural problems). In some people depression is characterised not so much by a sad mood, as by increased irritability, unexplained pain, or other symptoms.

DIFFERENT KINDS OF DEPRESSION CAN BE DIAGNOSED:

Depression is a medical disorder that affects people of both sexes, all ages and races, cultures and social classes. About 10% of the general population will suffer from a depressive illness in any given year. Women are twice as likely as men to have depressive symptoms.

A number of different factors may contribute to the onset of depression. Very often, a combination of these factors plays a role in precipitating a depressive illness:

Like other medical illnesses, depression can be treated. In most cases the best treatment for depression is a combination of medication and psychotherapy (talk therapy). Antidepressants are not addictive or habit-forming, and can be safely used over an extended period. There are different types of antidepressants and each may have different side-effects, such as nausea, blurred vision, drowsiness, dry mouth, and sexual problems.

Benzodiazepines (tranquillisers) may sometimes be prescribed for the short-term control of anxiety symptoms that often accompany depression. These run the risk of dependency though.

Some improvements may be experienced immediately, but the full beneficial effects of pharmacotherapy may only be achieved over a period of weeks or months. Medication must be taken regularly according to your doctor’s instructions and advice. The medication should not be stopped or substituted by another without prior consultation with your doctor.

Psychotherapy may help you gain self-insight, change negative thoughts and feelings, and learn new behaviours and coping strategies. Talking about your emotions and depression with a trained professional can help reduce symptoms.

The vast majority of people with depression respond well to treatment. The first step in fighting depression is to discuss your symptoms with an experienced professional, like your family practitioner at the local clinic or day hospital.