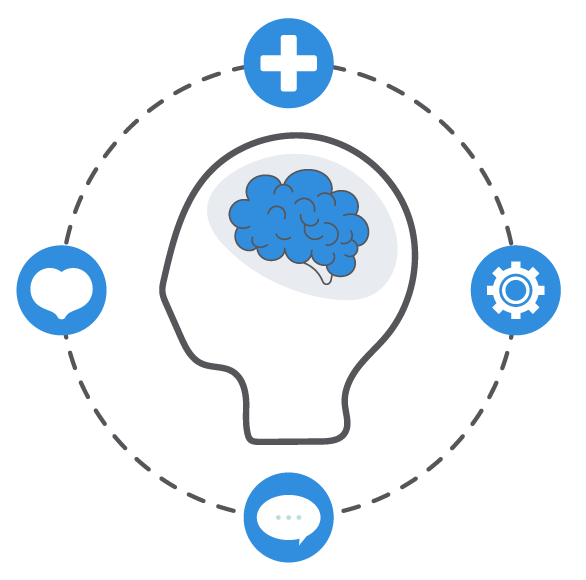 Obsessive Compulsive Disorder (OCD) is a chronic, debilitating medical condition characterised by obsessions and compulsions. Obsessions are unwanted, distressing ideas, images or impulses, which repeatedly enter a person’s mind. Compulsions are repetitive thoughts or behaviour that the person feels obliged to perform in an attempt to reduce the distress created by the obsessions.

Patients are often embarrassed by their symptoms. They may also be afraid that others will think they are crazy. They therefore hide their illness from family and professionals; thus OCD is also known as the “secretive illness”.

Positive ‘exactness’ which relates to high standards of performance in work or recreation, should not be confused with the obsessive perfectionism of some OCD sufferers. A person with perfectionistic or obsessive-compulsive personality traits believes that everyone should conform to his or her high standards while the OCD sufferer realizes that his or her obsessions and/or compulsions are senseless and exaggerated and would like to get rid of them.

Patients with OCD often become extremely demoralized about their symptoms and about 70—80 % of people with OCD will develop depression.

There is no single, proven cause of OCD. It is likely that genetic, neurobiological and environmental factors are involved. Studies have shown that people with OCD have different activity patterns in some brain areas compared to those with other psychiatric disorders or health individuals.

It is also believed that an insufficient level of serotonin, a neurotransmitter, is prominently involved in OCD. Genetic links are still being studied worldwide. There is significant evidence to suggest that prevalence of OCD is increased in some families, and identical twins have a 70% chance of sharing the disorder.

OCD is a fairly common disorder, affecting between 1 % and

3.3 % of people. One-third to one-half of adults with OCD report that their illness started in childhood. It is more or less equally common in males and females.

Combining antidepressant medication and cognitive-behavioural therapy (CBT) has been found to be the most effective treatment for OCD. People with OCD often benefit from drugs that increase serotonin levels that are available to transmit messages in the brain. The main medications that do this are known as serotonin reuptake inhibitors (SRIs). SRIs belong to a class of drugs called antidepressants. For those who have tried several SRIs without benefit, there are other medications that may help. In some cases, other types of antidepressants are more effective. In others, a second drug is given in addition to an SRI.

CBT (including exposure and response prevention) employs specific techniques to decrease OCD symptoms. Patients are encouraged to come into contact with feared stimuli (e.g. placing their hands into dirt) and to not engage in their usual response (e.g. washing the dirt off). With time, the anxiety and distress associated with the obsession decreases.

Treatment of OCD is a long-term commitment. Both kinds of treatment may take several months to be effective, but a good response is often seen in time. The patient’s commitment and active participation in treatment, together with the support of his/her family, and a good trusting relationship with a therapist, are of the utmost importance in recovery.

Without treatment, the disorder may last a lifetime, becoming less severe from time to time, but rarely resolving completely. In some people, OCD occurs in episodes, with years free of symptoms before a relapse.

Even with treatment, however, OCD can come and go many times during a lifetime. Although OCD is completely curable only in some individuals, most people achieve relief with comprehensive treatment.

CAN OCD BE PREVENTED?

At present there is no known prevention for OCD. However, early diagnosis and correct treatment can help people avoid the suffering associated with the condition and lessen the risk of developing other problems, such as depression or relationship and work difficulties.

SEE YOUR DOCTOR IF YOU