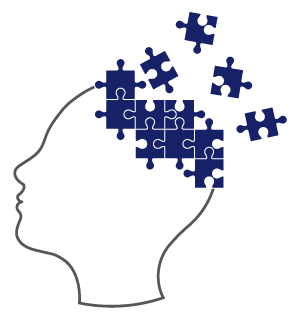 WHAT IS PANIC DISORDER?

Panic disorder is characterised by recurrent and unexpected panic attacks. These attacks may last from a few seconds to a few minutes, and are known to be extremely frightening and uncomfortable. Panic disorder is often accompanied by agoraphobia (an irrational fear of places or situations where escape is difficult).

During a panic attack there is a rapid escalation of symptoms over approximately ten to thirty minutes. The psychological symptoms are severe, intense anxiety and a feeling that something terrible is going to happen. This is accompanied by multiple physical symptoms such as:

People with panic attacks often consult various doctors and medical specialists, such as cardiologists or neurologists,

fearing that they suffer from a life-threatening disease. It is not unusual for many years to go by before an accurate diagnosis is made. During this time sufferers tend to avoid situations or places where the initial

WHO GETS PANIC DISORDER?

Any person could develop panic disorder, irrespective of gender, race, or socio-economic status. It usually has its onset in early adulthood, but can occur at any age. Studies have shown that about 2 to 4 in every 100 persons may suffer from panic disorder at some point in their lives, and the prevalence of agoraphobia is even higher.

The first attack often follows a stressful life event such as the death of a close family member or friend, loss of a close interpersonal relationship or after a separation. Women are two to three times more likely to develop panic disorder than men.

It is now known though that brain chemistry and genetic factors play a role in panic disorder, as well as stressful life events or circumstances. First-degree relatives of people with panic disorder have a five times greater likelihood of developing panic disorder than the rest of the population.

The most important step is to consult a professional for an accurate diagnosis. Help is available and in most cases is effective in relieving symptoms. Both medication and psychotherapy are used, and a combination of these two treatment methods is often recommended. Self-help cognitive-behavioural techniques are also of value.

Medications for treating panic disorder include those that work immediately, but have the limitation that they may cause dependence (benzodiazepines), and those that work slowly, but that can readily be discontinued (antidepressants). In general, it is suggested that the slow but sure path is the best in panic disorder.

The term “antidepressant” is a poor one, as many of these agents are excellent anti-panic medications. The most widely used antidepressant agents for treatment of panic disorder are the selective serotonin reuptake inhibitors (SSRIs) and venlafaxine, a serotonin-noradrenaline reuptake inhibitor (SNRI), which are safe and easy to use.

Perhaps the key element of the psychotherapy (talk therapy) for panic disorder is “exposure” to feared stimuli. Many people with panic attacks begin to avoid places where they experienced a panic attack; a vicious cycle then develops of more and more restrictions. Learning not to avoid is a crucial aspect of treatment.

By continuing exposure to these stimuli, and at the same time experiencing that this does not in fact lead to catastrophic results, may ultimately help to overcome panic attacks. As in the cognitive-behavior treatment of other anxiety disorders, this approach is difficult insofar as it initially involves increased anxiety levels. There are, however, several ways to help decrease such feelings of anxiety.

Treatment should be sought from a clinical psychologist and/ or a psychiatrist. Joining a support group will also be of value.