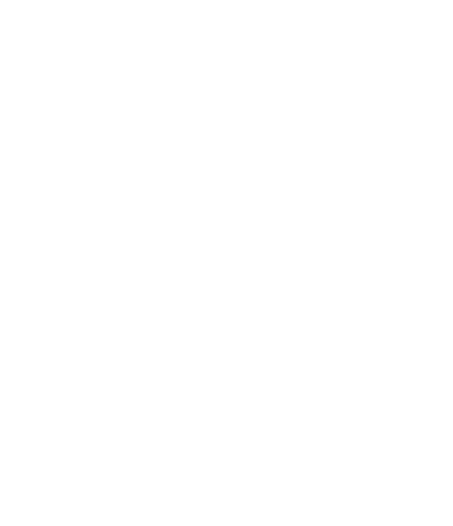 My Journey With Depression 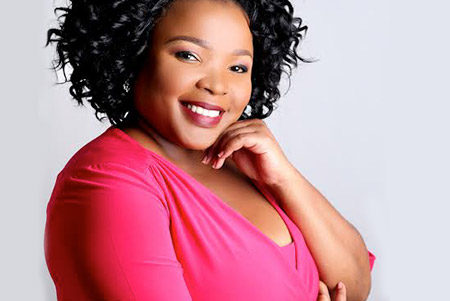 I always find it difficult when I’m asked to talk about my journey with depression. Ever since making the decision to come out publicly about my struggles, starting to talk about the subject, all these years later, still fills me with anxiety. However, as hard as the decision was to talk about this publicly, I don’t regret it. Ever. I feel like my career, my calling in life to entertain, educate and inspire people, requires me to also be the face and voice for this terrible illness, to use the platform that I have been given to empower fellow sufferers and educate our communities, and in so doing, I also learn to face my own demons. There is a saying that goes, “you can’t deal with what you don’t acknowledge” in order for me to fight this monster, I have to face it, and for me, talking about it gives it a face, it gives it a name and somehow, it gives me strength to face it and fight it. Sometimes I get it right, and sometimes I don’t but my journey continues, and for as long as I can, I will continue to share it, good or bad as I believe that is also where my own healing lies. And so…..the journey continues.

I’ve been struggling with depression for as long as I can remember. I say for as long as I can remember because I unfortunately have no recollection of my childhood. My earliest memory, which although it is somewhat foggy in my mind, I know it is true, is my first thoughts of suicide and wanting to attempt to end my life. I think I must have been about 11 or 12 years old.

All I remember, is how lost, alone and desperately unhappy I felt. The world felt like a very dark, cold, lonely and ugly place that I had no business being in. I “knew”, and by that I mean I had fully convinced myself, or maybe I should say I had fully allowed the voices in my head to convince me that I didn’t belong here. Everything felt wrong. I felt wrong. And it hurt. Everything hurt and I just wanted it to stop. The war I felt was raging in my head. The coldness and loneliness I felt, the self loathing and absolute darkness that was so overwhelming, I just wanted it to stop and I thought at the time, ending my life was the only way it would stop. Fortunately for me and fortunately for the little girl that was me….I didn’t go through with it, but little did I know that this too, would be a life long struggle.

Fast forward to when I was about 16 years old. That was the first time I was hospitalized because of depression. My family, bless their hearts, knew nothing about this disease, and frankly, didn’t really think it was a disease either, so I spent I think a few weeks in hospital, I don’t remember most of my stay there, but I do remember that after I was discharged, my Father refused for me to go to therapy as was recommended by the psychiatrist who was dealing with me in the hospital, and from that point onwards, this “depression thing” was never ever spoken of in my family again. From that moment onwards, my war was a battle I fought inwardly, on my own, in silence. No one knew or understood what was going on with me, and I guess I didn’t either.

Over the years, I continued to battle with myself. I knew I was different, and I couldn’t understand why. Why me? Am I the only one? How can I fix this? Will I ever be able to live a normal life and just be happy like other people?

I think for most people, depression makes more sense when you can attach it to something specific. People talk about situational depression, that you can link to a certain event for instance. With me, I had no control over it. I never knew what kind of “mood” I would wake up in and whether that particular mood would even last all day. There were times when I would go for days, weeks, sometimes even months and I’d be ok but then, when the dark times come, mostly unexpectedly, they too would sometimes last for days, weeks and months. For me, the hardest thing to accept was that I couldn’t change or fix it myself. I couldn’t make it go away myself. I had absolutely no control over it. And how do you even begin to try and explain to people who keep asking what’s wrong with you, that you feel this incredible sense of darkness, coldness and sadness all around you, that you have no idea where it comes from or what caused it, and that you so badly just want it all to stop but you have no idea how to make it stop? That has always been my biggest challenge, and I think to a degree still is today. I found it very hard to accept the fact that I could not just make myself “snap out of it” as was expected. I’m a strong girl. From a very young age I had to be. I’m a fixer, I fix things, and people and situations. I’m the one that will always manage, somehow, to pull a rabbit out of a hat. But this……this is the one thing I have had to learn to accept I cannot fix. Not on my own anyway. I think that has been one of my biggest challenges. Acceptance.

Fast forward again to a few more years later, I’m now an adult, working on tv. I’m an actress on the popular Afrikaans Soapie 7de Laan. The always ever smiling, ever bubbly Alyce. People recognize me everywhere I go and of course, they expect me to be the way they always see me on tv. Little do they know the struggle I’m faced with on the inside.

I ended up in hospital again in 2009, this was three years after the death of my cousin. She was a year older than me, we were brought up like twins. We were inseparable, we literally planned our whole lives together, and then suddenly, in 2006, she committed suicide. That was my first experience with situational depression. This shook me to my core. My entire existence changed and in all honesty a part of me died too the day she died. It took me a good part of 10 years before I kind of started feeling like somewhat of a human being again, before I gave myself permission to try to live again and, it also forced me to finally start to deal with this demon that had been in my head my whole life, but was now suddenly larger than life and would not listen to reason and “just go away” no matter how much I told it to.

What I’m trying to say by sharing my story is firstly to tell other people who suffer from this dreaded illness that you are not alone. As a society we need to work really hard at changing or getting rid of the stigma that surrounds mental illness. The worst part of an illness such as this is that it is not something one can physically touch or see and a lot of the time, it is very difficult for people suffering from it to explain what is going on. It is very hard to articulate feelings to someone that you yourself don’t even understand.

I remember going through times in my life where I literally could focus on nothing else but breathing in and out and putting one foot in front of the other.

Today, I can honestly say, I’m still on the journey of learning to accept that I have this illness. It’s hard, I won’t lie. I’ve recently had to go back on anti depressants and go back to therapy as well. Learning to listen to myself and accept that there are times, like now, when I will need help. Learning that its ok to accept help and also learning to surround yourself with positive and building influences in your life… it’s a journey, and I’ll probably be learning this lesson for the rest of my life. But that’s my journey, to learn to love myself through all my flaws. To learn and accept that nobody is perfect and I certainly am not and that’s ok.

Everyone you come across in life has some type of scars. Some they wear on the outside and some on the inside. It’s ok. Suffering from depression is my scar that I wear and I’m not putting it on a pedestal or anything like that, or expecting praise of any kind. I am certainly not letting it define me or determine my path in life. I’m acknowledging that it’s there. I’m acknowledging that I am a work in progress and everyday that I wake up, is another opportunity for me to live to fight another day.

I talk about this openly, hard as it sometimes may be, because I know how important it is to know that you are not alone. I think that it is the duty of those of us who have the kind of platforms that we have to use them for good, to help uplift people, and make people realize that most of us don’t belong on the pedestals we get put on. Being on television makes people idolize you, they envy the life they think you have and I want to change that mindset and make people realize that we are not perfect. Nowhere near it in fact.

Let’s talk about this. Let’s replace our fear of the illness with an honesty that it is real and it exists. Let’s name this faceless monster that devours so many lives and deprives the world of so many special people. Let’s name it so we can see it, stand up to it and fight it together. Let’s stand in honour of those who lost the battle with this dreaded illness. Let’s vow to try to live life, and live it fully. Let’s celebrate everyday as a victory. And when times are tough, as they sometimes will get, let’s be kind to ourselves and one another. Let’s learn to take it easy, love ourselves back to life and allow those that know and understand our struggle to love us through the dark times as well.

To every person who suffers from depression and other mental illnesses: you are not alone. You are not a failure. You are not abnormal. We’re just a different kind of normal. A special kind of normal. Embrace yourself and others who want to support you. And most importantly, remember; everyday you make it through, everyday you get to smile, even if it’s just a little smile, is such a victory! I have vowed to fight for my happiness, and I vow to hold your hand and fight with you for yours!

My Life – Living with Bipolar Disorder – Growing Up, Pregnancy and Motherhood

My life is amazing… I have no reason to feel the way I do most times, but I do. I grew up in a stable, loving home with a supportive family who gave me the world and more. There was…